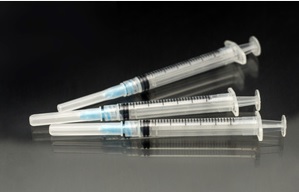 An August 28,2017 article by the PEW Charitable Trusts reads, “Like the opioid epidemic that is driving it, the rate of new hepatitis C cases has spiked in the last five years. After declining for two decades, new hepatitis C cases shot to an estimated 34,000 in 2015, nearly triple the number in 2010, according to a recent report from the U.S. Centers for Disease Control and Prevention (CDC)…

“But epidemiologists agree that without quelling the opioid epidemic, or ensuring that nearly all injection drug users have access to sterile needles, hepatitis C will continue to spread. It already affects 3.5 million Americans who, if not treated, could die of liver cirrhosis or cancer. At an average cost of $30,000 per person, the tab for treating everyone with the disease would exceed $100 billion.

“’We have two public health problems that are related — it’s called a syndemic — and we can’t address one without addressing the other,’ said James Galbraith, an emergency room physician at the University of Alabama at Birmingham Hospital.

“To reduce new hepatitis C infections, he said, states need to provide clean syringes for injection drug users who otherwise have no other contact with the health care system than emergency departments and jails.

“But advocates for syringe exchanges say the prospect of standing up enough clean needle programs in the nation’s hardest hit communities to stem the spread of hepatitis C is daunting.”